Graceland Theatre in a Different Place

Built in 2012, this versatile 50’ by 50’ performance space will seat approximately 200, depending on production needs. The facility boasts a “tension grid” ceiling, 200 electrical outlets and a glassed-in control booth. 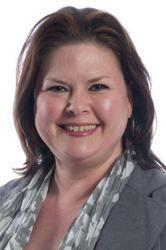 Before the JR Theatre, any space on Graceland's campus used for theatrical productions was neither dedicated or designed with performance in mind.

Anyone who has ever had to ‘make do’ with using something for any purpose other than what it was truly intended immediately recognizes the frustrations and shortcomings of such a situation. You can probably bake a cake from the heat of a light bulb, but the results will always leave something to be desired. Such was the case until the unveiling of the JR Theatre, our stunning state-of-the-art black-box theatre in the Shaw Center. 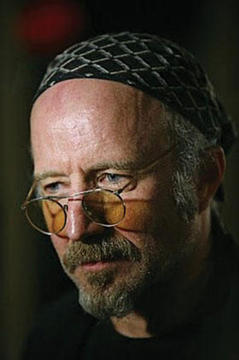 This amazing space feels like a modern miracle. It is not only one of the finest dedicated spaces for theatre in existence anywhere in the country, but it also serves many other purposes previous drama students and faculty could hardly imagine. It reflects an elevated sense of importance so that this space, the program it serves and the productions it houses are more significant and a part of Graceland’s identity. This, in turn, makes recruiting top-quality new students and faculty more possible than ever before. The JR Theatre creates an atmosphere conducive to elevated levels of performance and creativity. The facility inevitably attracts new personnel excited to work with the technical side of theatre (lighting, sound, set design and costumes) resulting in an expansion in curriculum that, in turn, increases enrollment and theatrical activity on all levels.

The JR Theatre provides greater flexibility and versatility, so the program can expand its scope and explore new pathways. It spurs interest from professional artists eager to perform in this room. Internationally known actor/writer/director Arliss Howard spent six weeks on campus as artist-in-residence. Arliss has been a prodigious actor since the early 1980s, working in television and on Broadway but primarily in film. His credits include Big Bad Love (co-starring his wife, actress Debra Winger), Men Don’t Leave, The Time Traveler’s Wife, Full Metal Jacket and many others. He worked with the Theatre Department to produce Our Town.

The Graceland theatre program considers itself especially fortunate to have had Arliss here. When students work with the best artists in the industry, they are elevated to a new level, forcing them to professional levels not realized in a classroom. The work performed in the JR Theatre is at the real-world level. Welcome to Graceland theatre as it continues to move to different places.